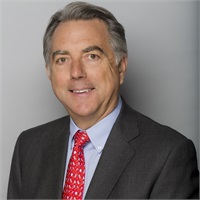 Alvaro began his professional career in Mexico where he lived until 1986, his last position being at Citibank Mexico. Thereafter he moved to Miami to work for the Chase Manhattan Bank in the Private Banking division. Later he moved to Lehman Brothers where he became Senior Vice-President. In 1995 he became Senior Executive Director of Investments at Oppenheimer & Co. In 2001, Alvaro joined Salomon Smith Barney as Senior Vice-President of Wealth Management. In 2006 he founded Loyola Asset Management.

Alvaro was born in La Habana, Cuba. He soon emigrated to Madrid, Spain where he was raised and educated. Alvaro graduated with both an Associate of Science in Air Commerce and Transportation Technology and a Bachelor of Science in Management Science from the Florida Institute of Technology. He later graduated from Nova Southeastern University with a Masters in Business Administration. Afterwards he earned his Certified Investment Management Analyst (CIMA) designation, as well as an Alternative Investment Certificate, from the Wharton School of Business at the University of Pennsylvania. He has also completed a course at Stanford University for Management Teams for Innovation and Success. Alvaro holds the Series 65 license.

Get Financial News & Updates Delivered to Your Inbox